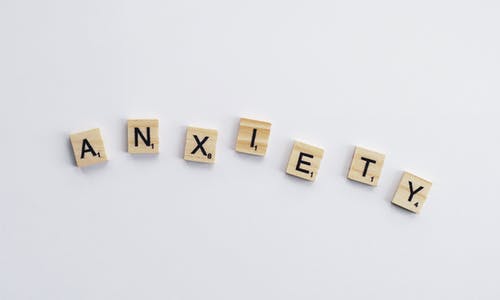 Fear is everywhere. Fear is also a striking feature of two battles in Islamic history – the Battle of Uhud and the Battle of Al Khandaq (the ditch).

In the Battle of the Ditch (Battle of Al Ahzab), 10,000 enemy troops surrounded Madinah and were about to attack the believers.  Allah Almighty said:

When they came upon you, from above you, and from beneath you; and the eyes became dazed, and the hearts reached the throats, and you harboured doubts about Allah. (33:10)

We see that panic and terror shook the believers till their hearts were in their throats. Some of them doubted Allah Almighty, feeling that they would be killed and Islam would be finished.  But the strongest believers response was fully rooted in imaan. They didn’t allow fear to control them. although the ayah is describing the scene of terror:

Responding to threat with courage

After the Battle of Uhud which had taken place two years after their migration, Quraysh, having clutched victory from the jaws defeat, planned to advance to Madinah to finish off the Muslims. Discovering this, the Prophet (peace be on him) roused his companions to fight their next battle immediately after their defeat, at Hamra al Usd.

The readiness of these brave Muslims to fight again after loss, lifted their morale, reputation and confidence of the companions. Although they had been injured, they had not let Uhud crush them and saved their reputation.

The Muslims reached there and waited a few nights, but no battle took place because Quraysh cancelled their attack. However the fact that the Prophet (peace be on him) had mobilised his flagging and demoralised troops to fight against their aggressors straight after their defeat proved both to their enemy and to themselves that they were not beaten.

Threat increases the imaan of believers

Usually when you are faced with danger it fills you with dread and anxiety. To increase your faith in the face of danger is not a common reaction. If we are told that a hundred people were on their way to fight us, we would be scared. However, the believers had full trust in Allah Almighty. They were ready to defend their reputation and honour and begun their preparations to fight. During any crisis, imaan can dip, and some people may lose their way but the attribute of real believer is that when they are tested, their imaan increases and their bondship with Allah becomes stronger. Allah Almighty commented in Surah al Imran

Those to whom the people have said, ‘The people have mobilized against you, so fear them.’ But this only increased them in faith, and they said, ‘Allah is enough for us; He is the Excellent Protector.’ (3:173)

During any test you have the opportunity to increase your imaan. And that in times of test our slogan should be hasbunallahu wa nai’mal wakil.

We have our defences, (whether they are battle armour or PPE) but at the end of the day, Allah is our Supporter.

The more imaan you have, the more Allah Almighty provides you safety and grace. When the army set off with preparation and obedience and full trust in Allah Almighty, ready to fight, Allah Almighty protected them from any harm. Allah’s grace is immense, and beyond our imagination.

Those who responded to Allah and the Messenger, despite the persecution they had suffered. For the virtuous and the pious among them is a great reward. (3:172)

So they came back with grace from Allah, and bounty, and no harm having touched them. They pursued what pleases Allah. Allah possesses immense grace. (3:174)

We see that while Allah promises us with huge reward for coping with crises and calamities, Shaytan exploits us by making us fearful:

That is only Satan frightening his partisans; so do not fear them, but fear Me, if you are believers. (3:175)

Some people these days are suffering from extra, over the top, out of control fear that is around us whether it is fear of the virus, fear of what will happened to their salaries, fear how long this will last. Some fear is natural. But to be controlled by fear is wrong. This is where Allah draws the line between the fear that is accepted and the fear that is not accepted.

Shaytan controls you when you are in a state of fear. Fear can reduce your immunity. Various studies have shown that emotional health is intricately linked to your immune system. Psychology Today describes this:

Your immune system is a collection of billions of cells, and some target organs that have the primary job of keeping you healthy and fighting off disease.  Your immune system cells travel throughout your body and defend it against antigens, such as viruses.  Unrelenting cortisol, your primary stress hormone, suppresses your immune system by reducing the number of its virus-fighting cells.

When we trust Allah and rely on Him, it boosts our immunity, giving us hope as well as resilience against becoming sick. The impact is both physiological as well as spiritual.

Do your best and put your trust in Allah – about your children, your provision and your future. Do not let fear debilitate you.

Allah promised He would protect them, so the correct response is to trust Allah. After they had faced fear and calamity in the Battle of Uhud, Allah Almighty said in Surah al Imran that He would support them with angels and bring tranquility to their hearts.

Allah made it but a message of hope for you, and to reassure your hearts thereby. Victory comes only from Allah the Almighty, the Wise. (3:126)

Real victory is from Allah.

Fight shaytan through the dhikr of Allah

The opposite of khawf (fear) is tum’aneenah. The remedy for fear is tranquility ,which comes through the remembrance of Allah. As Allah Almighty says:

Excessive anxiety can develop into psychological problems. Allah Almighty is teaching believers how to fight fear. To strengthen our defences against the invasion of shaytan. We need dhikr. We need to boost our immunity through more recitation. Not robotic recitation, but with understanding and practice, it will boost our immunity.

Imam Tabari and Ibn Kathir commented on this ayah, that tranquility gives the heart satisfaction,  mercy and uns (intimacy) with Allah Almighty.

Allah responds to those who plead

Allah Almighty teaches us how to navigate our way without being controlled by shaytan.

God only made it a message of hope, and to set your hearts at rest. Victory comes only from Allah . Allah is Mighty and Wise. (8:10)

When you appealed to your Lord for help, He answered you, ‘I am reinforcing you with one thousand angels in succession.’ (8:9)

Allah says in this ayah fastajaba lakum ‘when you were pleading He responded to you’. When you are sincere and you ask Him from the bottom of your heart with sincerity and humility and show Allah your need then He responds to you. You need to humble yourself and beg Him. And acknowledge your weakness. The moment you admit you are weak, He strengthens you. Conversely if you think  you can manage by yourself, you do not get far.

Allah Almighty sends His verses to strengthen your heart.

to fortify your hearts, and to strengthen your foothold. (8:11)

The core of our battle is the heart. If we can protect our heart, then we can win any battle in dunya and akhira inshallah. But if the heart is filled with fear or whispers of shaytan, and desires we can lose the simplest battle.

Is not He Who responds to the one in need when he prays to Him, and relieves adversity? (27:62)

This ayah is extremely powerful.

It is very good to memorise this ayah and keep repeating it in your dua, say:

Ya Allah I am in need of you and You promised You would respond when someone calls on you in need. We need you the most now ya Allah, respond to me Ya Rabbil Alameen. Then call on him.

Recently one of the shuyukh mentioned how he experienced the power of this ayah personally. He had grown up in a sleepy village and knew nothing, but one day he had come to the city to study Shariah in the college and after he finished the year he wants to go back to his village and he bought many books. When he went to the airport to return to his village, the man at the check in counter said he did not have the luggage allowance to take all his books on the flight. There was no way the shaykh could afford to pay for excess luggage. However he refused to pay or to leave his books behind. Instead, he left the check in counter and went to the prayer room and made this dua. Then he led the Fajr prayer and found a man praying behind him so moved by the recitation he began crying. He asked the Shaykh to recite more, and the more he recited the more the man cried. The man who looked very official and as if he was in charge then asked him to come to his office and asked him about himself. When he explained his situation, the man strode over to the check in counter and ordered the check in officer to check him and his books onto the flight without any extra charges. This is a glimpse of the power of this dua.

This ayah is a very strong ayah and we should recite it with full imaan.

Have deep trust in Allah’s wisdom and Allah will lift this calamity inshallah. Allah Almighty is the only One who can lift the calamity from our ummah. He said:

We ask Allah Almighty to end this calamity, protect us and guide us. Ameen

Please support us with your duas and donations so that we can continue to spread knowledge.