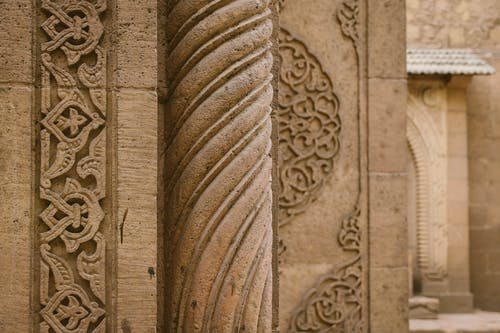 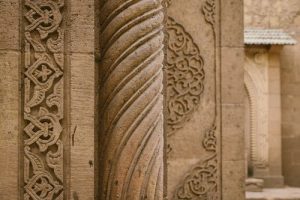 When we read the Quran, we come across the words jaadila, ujaadila, jadal and mujadiloon, which mean argumentation and they crop up in more than 20 verses.

What constitutes an argument

The definition of argument (jidaal) is an exchange of diverging or opposite views, typically in a heated or angry way, though not always.

The majority of the verses in the Quran refer to argumentation as a negative act. Occasionally it is seen as positive, such Surah Mujadilah, which is named after the female companion, Khawla bint Tha’labah, who pleaded the case about her husband to the Prophet (peace be on him). However these are both exceptions. Usually argumentation is in a negative act, which is why the Prophet (peace be on him) warned us against being argumentative.

An argument, jidal, is a statement or set of statements that you use in order to try to convince people that your opinion is correct. We have to separate mujadilah (argument) from muhaditha (giving advice). We also have to distinguish between jidal and conversation.

Not every conversation is an argument, as long as it involves exchanging ideas, conversations, in contrast to arguments, fruitful and useful.

However when a conversation becomes heated and one party is trying to force their opinion, and not accepting any other opinion that is bad. When this happens, it is because the nafs (ego) has kicked in. And whenever the nafs kicks in, there is always Shaytan is behind it.

The consequences of arguing

Among the people is he who argues about God without knowledge, and follows every defiant devil. (22:3)

It was decreed for him, that whoever follows him—he will misguide him, and lead him to the torment of the Blaze. (22:4)

There were many incidents involving arguments during the life of the Prophet (peace be on him). The example which stands out is of the time two companions began shouting, as they disputed about the date of Lailat-ul-Qadr inside the mosque. As a direct consequence of this, the knowledge of the date was lifted, and the Prophet (peace be on him) forgot it. This argument led to an immediate loss of barakah and guidance for the ummah.

Abu Sa’id al-Khudri (Allah be pleased with him) reported:

The Messenger of Allah (ﷺ) observed i’tikaf in the middle ten days of Ramadan to seek Lailat-ul-Qadr before it was made manifest to him. When (these nights) were over, he commanded to strike the tent. Then it was made manifest to him that (Lailat-ul-Qadr) was in the last ten nights (of Ramadan), and commanded to pitch the tent (again). He then came to the people and said: O people, Lailat-ul-Qadr was made manifest to me and I came out to inform you about it that two persons came contending with each other and there was a devil along with them and I forgot it. So seek it in the last ten nights of Ramadan. Seek it on the ninth, on the seventh and on the fifth. I (one of the narrators) said: Abu Sa’id, you know more than us about numbers. He said: Yes, indeed we have better right than you. I said: What is this ninth, seventh, and fifth? He said: When twenty-one (nights are over) and the twenty-second begins, it is the ninth, and when twenty-three (nights) are over, that which follows (the last night) is the seventh, and when twenty-five nights are over, what follows it is fifth. Ibn Khallad said: Instead of the word Yahliqan (contending), he said Yakhtasiman, (they are disputing). (Muslim)

He then came to the people and said: O people, Lailat-ul-Qadr was made manifest to me and I came out to inform you about it that two persons came contending with each other and there was a devil along with them and I forgot it.

In the hadith narrated Abu Umamah that the Messenger of Allah (ﷺ) said:

‘No people go astray after having been guided, but when they resort to arguing.’ (Tirmidhi)

We see from the example, that argumentation leads to people becoming misguided. We have many more examples of this from Bani Israel whose argumentative streak was an endless source of aggravation for Prophet Musa (peace be on him). Every time a command came from Allah Almighty, his nation bickered, quibbled and argued about it. They asked questions incessantly – not  understand better, but to pick holes, find loopholes and score points. They were arguing for the sake of arguing. To prove Musa (peace be on him) wrong and to show that they knew better than him.

While arguing leads to misguidance, avoiding arguing, even when you are in the right, leads to Jannah. Abu Umamah Al-Bahili (may Allah be pleased with him) reported that the Messenger of Allah (ﷺ) said:

There are two sides in an argument. The Prophet (peace be on him) was teaching us not get involved with jidaal (or mirah which is its synonym). Rather he taught us to find the common ground and to retain good ikhlaque (manners):

Allah Almighty wants us to choose the best way to discuss differences of opinion.