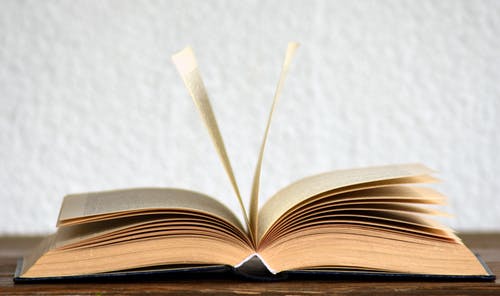 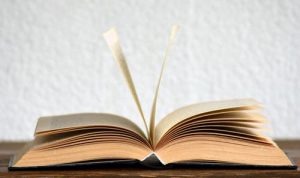 We need to deliver knowledge in a prophetic manner. Make it relevant. We often lack this element when delivering Islamic knowledge. There is a deep disconnect between the knowledge in our books and mosques and every day life. As a result we do not find many people attending circles or khutbas because they have no bearing on their lives.

When I delivered my first Utrujj course, it was on the origin of fiqh (Islamic law), and I discovered not everyone knew what fiqh meant as one of the students overheard two people looking at the poster asking each other ‘Who was fiqh? Was he a good guy?

I asked my shaykh once, why don’t we have scholars like Imam Malik and Abu Hanifa in our time. Allah Almighty is generous so where are they? Instead it is common place that those who failed to get into any other university, are sent to study shariah.

The Shaykh answered me that they go off to do medicine and architect to earn their living.

This is the sad reality in our country.

When I joined shariah there were some relatives in my own family who objected. They said, ‘What will you do with this knowledge? Go and recite Quran in the cemetery?’ The impression people have is that if you learn about Islam you will simply lead tarawih in Ramadan. This is wrong.

Combining the classical with the contemporary

To raise the standards, we need people with intelligence and sincerity to study the shariah. To come on board and to carry the knowledge forward. To be relevant, rather than classical. We have many classical scholars now but they do not know how to relate to contemporary issues. And we have contemporary scholars who have no background in classical shariah. We need to merge the two.

Nevertheless we have some good initiatives in our community Alhamdulillah, like Cambridge Muslim college.

Every year we have thousands of graduates. What do they do apart from lecturing and teaching? Many do not stay in this area of shariah, and it is a sad fact that some end up as taxi drivers.

In the past, there used to be one or two people in every home who studied the shariah. Now you can barely find a single person in a town or village studying shariah.

Why study the shariah

The shariah is the Quran and sunnah – it is unchangeable and protected. Fiqh is the understanding of the shariah. It is the deep understanding, and comes from the root faqiha which is the same as fahima (to understand). The Prophet (peace be on him) said:

Whoever Allah wants good for, He gives him deep understanding of Deen. (Bukari and Muslim)

The Prophet encouraged us to carry this knowledge. It has to be carried through generations.

If you want to be in the chain, you need to dedicate your time and have the right intention. Allah Almighty will ease your way. There are many easy ways to study shariah now – online, off line. In the past it was very different.

Have the right intention, and fill the gaps that we have. Instead of criticising a particular shaykh or school or institute, be the role model yourself. Learn it and deliver it the way you want it to be taught in accordance with the prophetic guidance.

You can learn the shariah and have a profession

You can combine this with another profession. Mufti Abu al Yusr ‘Abideen in Syria was a doctor and a mufti at the same time. In our study circle there had three doctors who had already memorised the Quran and were learning the ten different styles of recitation Qira’at. I watched this for 3-5 years until they completed it.

They became so knowledgeable they would lead their shaykh’s circle in his absence which is a heavy weight task. Between patients they would hear students recite the Quran.

The opening comes to those who seek it

The key is having a pure intention. If you have pure intention Allah Almighty will open the way for you. It is an honour and a huge responsibility. You don’t have to dedicate all your time to it, but you can devote some time and focus on an area that interests you, rather than trying to master all the sciences.

You can go into law, and study the fiqh of transactions and how to make contracts, and learn where to distinguish between halal or haram contracts or investments. You might have an interest in gynaecology, and study the fiqh (legal rulings) related to this. If you are into physics, you can study aqeedah (theology) and refute agnostics and atheists, as Abu Hanifa did. Imam Ghazali went into philosophy, so if that is of interest, you can delve into it, as one of my teachers, Shaykh al Bouti did and then he wrote a book, called Kubral Yaqiniyyat al kawniyyah. So pick your area and become an expert in it. To specialise in any subject, it requires 10,000 hours. That means it will take 4-5 years part time. Time flies, and 4-5 years can pass very quickly.

The need for women scholars

We often hear that the tafsir of the Quran is male dominated. To a certain extent this is true. But no one is stopping women now from writing tafsir of course with the right qualifications. No one will stop them joining the Fiqh Fatwa Council either. Women are much needed to grow our knowledge.

The mentality that men are masters and women exists only to cook, clean, and serve their families is wrong. This mentality is reflected in our literature. The Urdu book Bahishti Zewar (Heavenly Ornaments) by Mawlana Ashraf Ali Thanvi is often gifted to newly married couples in the Asian community. It’s in almost every house. I was shocked by this when I learned of it.

This is not the only book of its kind. Imam Ghazali, renowned for being a master in spirituality and Usul al- Fiqh, is not a master in hadith. You would be shocked by the way he has written about women in his Kitab al Nikkah, in his Iḥya′ ‘Ulum al-Din, which came from his culture, not authentic narrations. He quoted weak or fabricated hadith. People assume that such literature is authentic, but we have to remember that this was not his speciality.

Women have made an important contribution to knowledge

Dr Akram Nadawi in his inspirational book, Al Muhaddithat, and study of women scholars who shaped Islam illustrated that ‘there were many examples of women who taught hadith classes of me and women students in principal mosques and colleges from 6th century onwards, issuing fatwahs, nterpreting the Quran, challenging the rulings of qadis, criticising the rulers, preaching to people to reform their ways and in all this being approved and applauded by their peers among men.’ Indeed, there is not any other religious tradition in which women were so central, so present, and so active in its formative history.’

One of the best narrators of hadith in Bukhari is Karima al Marwaziyya, a female scholar. There were many others.

Even the big scholars, such as Abu Hanifa, Imam Ahmad, Ibn Hajar, Suyyuti, Mizzi, in their biographies they all have thabat. In the biography of their shuyukh, they all list many female scholars, known as the thabat.

During the seventh century after Hijra, Imam Kasani, a student of Imam Samaraqandi, wanted to marry Imam Samaraqandi’s learned daughter, Fatimah bint Muhammad ibn Ahmad who was a Faqihah (woman-scholar of Islamic Jurisprudence) of her time. She used to issue fatwas and had memorised her father’s book ‘Tuhfat al Fuqaha’ (three volumes). As a condition of accepting his proposal, Imam Samarqandi asked Imam Kasani to write a commentary on his book. So he wrote Bada’i al-Sana’i, (ten volumes long) after secluding himself – he ended up writing a commentary which was so well written it was better than the original book. It explained the topic of fiqh with exceptional clarity for all schools of thought.

After he had married Fatimah, whenever he received a question, he would sign the fatwa with his name and his wife’s name, who had become a Mufti.

In the Shariah College there are many sisters. We used to attend a private circle with my late Shaykh Adib al-Kallas (May Allah bless him) and in his circle we used to have the female student of the late grand Mufti Abu al Yasr Abedin. Her name was a Hajja In’aam and she would come and sit in the corner with her face covered, and the proceed to ask difficult questions. At that time she would argue with the Shaykh when he would not permit anyone else to argue with him.

We need women to come and participate.

If you feel the environment is male dominated then roll up your sleeves and come forward with the right intention and Allah will facilitate the best for you inshallah.