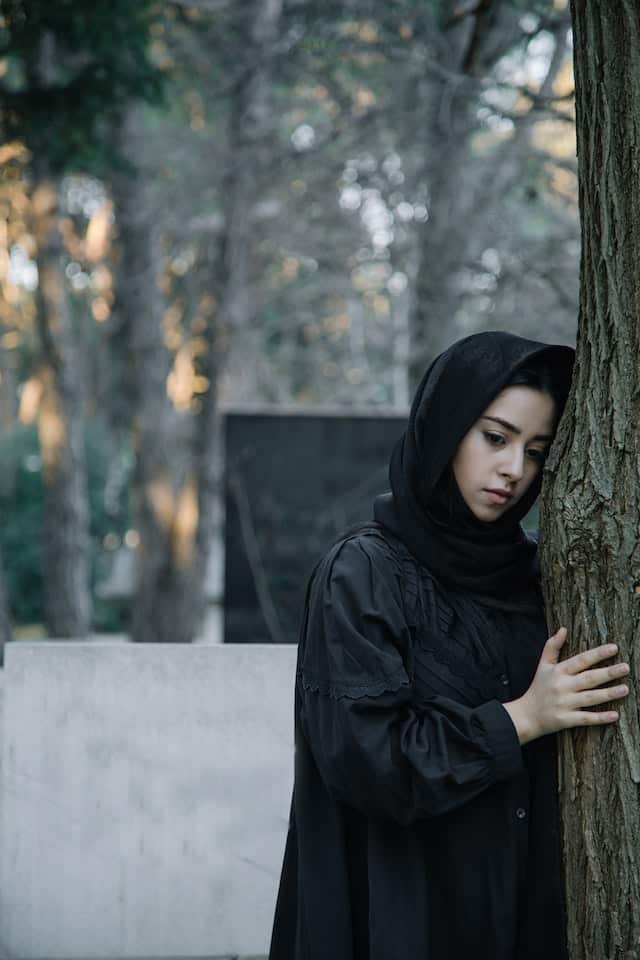 The tenth and final chapter of The Forty Principles of the Faith is about death. Imam Ghazali chose to end his book, which is a summary of the great tome, Ihya Ulum ad-Din, with this topic. He mentions that the previous nine principles are not all on the same level. Some of them are sought as a bridge to another end, whereas some of them are sought as an end in themselves. The highest on the list are mahabba and rida – love and contentment, which are inseparable. Whoever loves Allah should translate their love into contentment.

Mahaba and rida go together. The rest of the principles, such as tawbah and zuhd (repentance and abstinence from this life) and khawf and sabr (fear and patience) are a means to an end. Tawbah means to turn back to Allah, it takes one from remoteness to closeness. Therefore tawbah is not the end but the path to closeness.

Similarly zuhd is a way of removing distractions that prevent you from being close to Allah. Zuhd is not an end itself. Khawf (fear) is like the whip that drives a servant to leave distractions. It is not the end in itself. Sabr is continuous struggle against your desires, as they take you away from Allah. All of these praiseworthy traits are not required for themselves but for the overall aim of becoming closer to Allah, which is known as al qurb.

In the verses of fasting in the Quran, Allah Almighty tells us that He is close to us:

While Allah Almighty is near us, it is us who are far from Him – distracted by desires, family, issues and status. Among the most immensely beneficial affairs is remembering death. If you want to achieve this closeness to Allah, this tool helps you to be close to Allah. Contemplating death is a supersonic vehicle, which brings you close to Him. This is why Ghazali ended with this topic.

There are many narrations on the remembrance of death. In Surat al Jumuah, Allah Almighty says:

Say, “Indeed, the death from which you flee – indeed, it will meet you. Then you will be returned to the Knower of the unseen and the witnessed, and He will inform you about what you used to do.” [62:8]

You cannot run away from death. Some people may think they can, but it will come to them even if they sequester themselves away:

Wherever you may be, death will overtake you – even though you be in towers raised high. [4:78]

The verse goes on to say that this life of this world is the enjoyment of delusion:

Every soul will taste death, and you will only be given your [full] compensation on the Day of Resurrection. So he who is drawn away from the Fire and admitted to Paradise has attained [his desire]. And what is the life of this world except the enjoyment of delusion. [3:185]

Whatever you do, you can’t escape death. When we are in the womb of our mother, Allah sends the angel to blow our soul is into our body and commands the angel to write four things: rizq, ajal, amal, shaqiun aw sa’edun, i.e our provision, lifespan, actions, and whether we will be from the people of paradise or hell. Notably, before our birth, our death is the second thing that is written, after rizq.

Abdullah ibn Mas’ud reported that the Messenger of Allah (peace be upon him) narrated to them:

From it We created you, and into it We will return you, and from it We will bring you out another time. [20:55]

No one will live forever. All the creation of Allah dies with varying life spans.

Every being will taste death. Then to Us will you be returned. [29:57]

Every soul will die. In Surat Qaf, Allah says:

˹Ultimately,˺ with the throes of death will come the truth. This is what you were trying to escape!

and [in the end] the trumpet [of resurrection] will be blown: that will be the Day of a warning fulfilled

You were heedless of this, but now We have removed your veil, so your sight today is sharp [50:19-22]

We see that there are plenty of verses which talk about death. The prophets and messengers warned people about the Day of Resurrection on which they would be held accountable for following their whims and desires and forgetting about the Hereafter. Everyone will be held accountable – people are rewarded for good deeds and punished for bad.

Death is a station. All people have to pass through it, but it is not the final destination. Death is not the end. It is a new start. But we need to be prepared for this. If we did not prepare, we will feel immense regret, because we cannot turn back the clock.

Allah Almighty highlights the scene from this day in many verses, showing how those who were immersed in worldly life rejected the akhirah. This scene has been set before our eyes. The wrongdoers pleading to be sent back. However, Allah Almighty says that they would do the same evil deeds if they were sent back, as they are lying.

And the record [of deeds] will be placed [open], and you will see the criminals fearful of that within it, and they will say, “Oh, woe to us! What is this book that leaves nothing small or great except that it has enumerated it?” And they will find what they did present [before them]. And your Lord does injustice to no one. [18:49]

Reminds you of your final appraisal

Remembering death helps us to focus. Our records will tell us what we used to do. It will be before our eyes, like CCTV. Maybe our Book will come alive and our life will played back in a protected place, so we not exposed. However oppressors and tyrants will have their lives played back and be exposed in public. Other people will have privacy when they read their book. We do not know the reality of that Day but if we try to understand it. they will read the book. They will see what they have done present before their eyes.

Abu Hurayrah (may Allah be pleased with him) reported that the Messenger of Allah (peace be upon him) said:

The first reason we remember death is not because we are kill-joys or pessimists, but because we need moderation. Life is not just about being light-hearted or frivolous all the time or frowning and weeping all the time. What creates the balance is remembering the Hereafter. Sometimes we go on autopilot, that is why when we wake up we start the day by thanking Allah ‘Praise be to Allah for giving us life after death and to Him we will return’ as death is of two kinds minor death is sleep and real death is in the grave. Before we go to sleep, we recite the dua ‘O Allah if you were to take my soul, then have mercy on it.’

These duas are a continuous reminder that we may not wake up, so we need to be mindful of what we are saying, rather than merely rattling them off our tongues.

Sometimes we do this in our salah – we recite the Fatiha without thinking about what it means. Until you connect the meaning with the words, you cannot achieve closeness to Allah. Closeness protects you from the ailment of the spiritual diseases of the heart.

Prevents you from wrongdoing

Remembering death, reminds us not to wrong anyone because we are accountable for our actions and we would rather sort it out before we die. It makes us a better person. We will not stay alive forever.

Aisha reported that the Messenger of Allah (peace be upon him) said:

The one who hates to meet Allah is the one who has unfinished business and issues so they need to sort these out.

Recently an imam, in his khutbah was talking about death and dropped dead on the mimbar. He wasn’t that old. We just do not know when we will die. Be prepared. If you love Allah, then demonstrate it through your actions. Otherwise it is not true love.

In the famous story of the man who committed 99 murders but was forgiven, we are shown that it is always possibly to rectify our mistakes.

Death should be enough of a reminder to deter us from any wrong doing.

In a weak hadith, but one that makes sense, the Prophet (peace be upon him) said:

I have left two reminders one is silent and one is vocal. The silent is death and the vocal is the Quran.

In another weak narration, the Prophet (peace be upon him) also said that those who are the wisest people and the most honourable people are those who remember death the most and are the most prepared for death. They are honoured in dunya and have the blessings of the Hereafter.

Remembering death spoils the enjoyment of the dunya but we have to be moderate – if we are not attached to dunya we are prepared for the akhirah. If we live only for this life and for the moment then we are a victim of delusion and heedless. We cannot connect with the Hereafter.

Allah Almighty reminds us of the akhirah 29 times a day (17 times in our Fard salah and 12 in our Sunnah) when we recite the Fatihah and say Maliki Yaumideen – Master of the Day of Judgement, as this comes after death. So we are being reminded of death and being prepared for that.

Detaches you from this life and desires

Remembering death makes the dunya appear ugly to us – though we have to have this in moderation. It is about realising that this life is not everything. It is merely a bridge to the Hereafter.

People of knowledge have two benefits -firstly they refrain from dunya and secondly they yearn for akhirah. If you do not connect your heart to dunya you will be successful.

Download your FREE Booklet on Birth and Death Rites in Islam

What duas can you recite for a good death

Is it OK to cry when someone passes away?

[i] Hadith of Gabriel: Angel Jibril came to teach you Islam (abuaminaelias.com)

7 traits of a successful believer

All about the awliya (part 2)