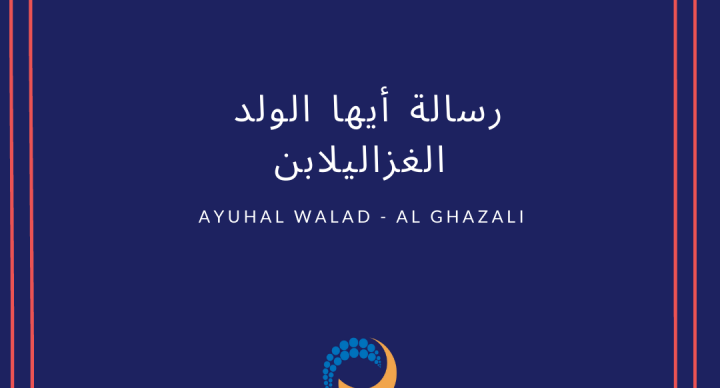 When is the class?

This class is taught in Arabic.

What will you study?

Imam Ghazali has left a rich legacy of Islamic literature in the field of Quran, philosophy, logic, aqeedah and revivalism.

This letter is one of the last works of Imam Ghazali. It was written in response to a letter received towards the end of his life from one of his students requesting him for advice. The student wrote that the Imam had written various books such as “Ihya Ulum ad-Deen” and others which have the answers to his questions. But he wished to have a summary from the Shaykh that he could keep with himself and act upon always. The student’s letter, his actual questions and the identity of the student are not known. This element of anonymity makes it easier for the reader to personalise the letter and read it as if it was meant for the reader.

This letter is unique. It was written by Imam Ghazali towards the very end of his life. It is enriched by his profound knowledge and self-reflection that came about from his 10 year period of withdrawal from public life, wondering in the wilderness, seeing His signs and witnessing the Majesty of Allah in His creation.

Love is the overriding theme of this letter. Love combined with wisdom encompass the words and the meanings of this letter and Shaykh Haytham’s commentary will draw out the beautiful lessons, wisdoms and messages contained in this letter.

The timing of this letter makes it quite special. It is one of Imam Ghazali’s last works. It carries within it the summary of his life, journey towards knowledge, the outcome of his learning and the best of his wisdoms. Imam Ghazali was a master of many disciplines of knowledge (barring the Science of Hadith) which makes his view of what’s important to remember and follow for always very beneficial for any knowledge seeker.

He was recognised by Nizam al-Mulk, the vizir of the Seljuq sultans, and appointed as the head of the Nizamiyyah College at Baghdad in AH 484/AD 1091.

After four years of a brilliant career in which he refuted major controversial heresies, he experienced a serious spiritual crisis and finally left Baghdad, renounced his career. He returned to Tus, where he lived a monastic life, and wrote some of his major works containing his deep spiritual realisations.

He tried to revive the entire structure of the religious sciences and wrote more than 70 books on science, Islamic philosophy and Sufism.