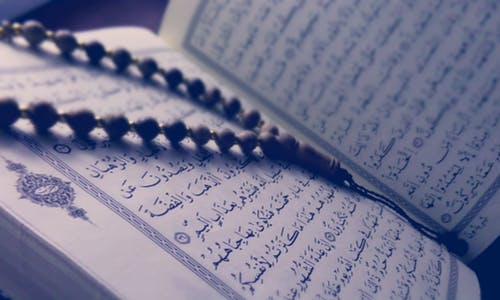 All classes are recorded.

How much does it cost?

This class is £10 per session.

If you would like to attend please email: info@utrujj.org

A study of Surat Al Anam

Surat Al Anam is a Makki Surah, although it is one of the longer surahs, and most Makki surahs are quite short.

It focuses on aqeedah, challenging the mind, status quo and culture and inviting people to reflect and look at practices and beliefs of forefathers and discussion and debate on the Prophet (peace be on him) and his people to put forward the truth in a logical manner. We see from this surah that the response was illogical. Even today we have the same response.

The Prophet (peace be on him) was sad when he introduced the obvious shining truth and he was keen for people to embrace it and be saved and be happy in the akhirah but many denied it and were not interested. We will see how the Quran dealt with it. The Prophet (peace be on him) never gave up, even though there were very few people who accepted Islam in the first 13 years.

The surah has 165 verses, which means it is longer than Surat al Maidah which has 120 verses.

Although it was revealed in Makkah it was revealed during the night at once. 70,000 angels were carrying it and filled the horizon, glorifying Allah through tasbih and tahmil, according to the narration.

This means the revelation of it in one go would have been very heavy. When the Prophet (peace be on him) used to receive the revelation he felt it’s heaviness upon him. Zayd ibn Thabit reported:

I was sitting to the side of the Prophet, peace and blessings be upon him, one day as the revelation came to him. The Prophet was overcome with calm and his thigh fell upon my thigh as the calm overtook him. (Musnad Ahmad)

The surah talks about a debate between idol worshipper and believers. Then it talks about people of innovations and corruption. It addresses those who are denying the Day of Resurrection and Judgement. This surah talks about aqeedah (belief), monotheism and revelation and the message and reward and punishment in the akhirah.

The etiquettes and social behaviour, the ten commandments in a special way. The covenant of Adam and confirms that Allah Almighty is the source of rulings. No one can invent rulings at their own whim, especially when related to matters of halal and haram.