Can women pluck their eyebrows, use botox or have plastic surgery in Islam? 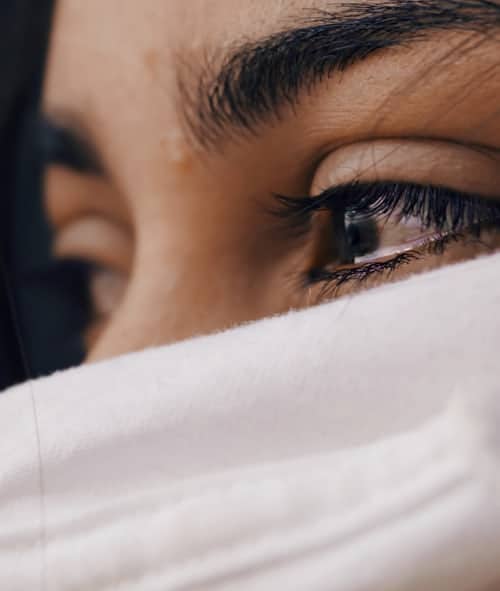 Are women permitted to pluck eyebrows?

There is a huge discussion on this topic by scholars. The majority opinion is that it is haram.

It was narrated that ‘Abdulleh said:

“The Messenger of Allah cursed the woman who does tattoos and the one who has them done, and those who pluck their eyebrows and file their teeth for the purpose of beautification, and those who change the creation of Allah.” News of that reached a woman of Banu Asad who was called Umm Ya’qub. She came to him and said: “I have heard that you said such and such.” He said: ‘Why should I not curse those whom the Messenger of Allah cursed ? And it is in the Book of Allah.” She said: “I read what is between its two covers ‘and I have not found that.” He said: “If you read it properly you would have found it. Have you not read the words: ‘And whatsoever the Messenger (Muhammad) gives you, take it; and whatsoever he forbids you, abstain (from it).’?” She said: “Of course.” He said: ‘The Messenger of Allah forbade that.” She said: ‘I think that your wife does it.’ He said: ” Go and look.” So she went and looked and she did not see what she wanted. She said: “I have not seen anything!’ ‘Abdullah said: “If she was as you say, I would not have kept her with me. ” (ibn Majah)

However, in the Hanbali opinion, if a husband asks his wife to tidy her eyebrows, particularly if they are quite bushy and masculine, then his wife is permitted to pluck them with moderation – without over-plucking and shaping them or making them too thin or arched. Some people will disagree with this, but this is a valid opinion.

A woman is permitted to remove any other facial hair or body hair.

Can you have plastic surgery in Islam?

Plastic and cosmetic surgery for the purpose of beautification is prohibited as it is changing the creation of Allah (taghyir khalq Allah). This is a no-go area. It is not pick and choose. If you want breast implants, or to change your nose to be a different shape, because you prefer it or you want it to be like a celebrity, it is not permissible.

However, if there is a valid reason for plastic surgery like deformity, or an accident which requires surgery to fix it, then it is permissible.

In some specific scenarios, if a particular feature is causing psychological problems, such as being flat- chested, or having oversized, or misshapen ears or nose, then it would be permissible to have surgery to alleviate the psychological problems. This would require a fatwa from a trusted scholar.

Is botox permissible in Islam?

Botox is not plastic surgery. It depends on whether or not it is harmful and what is in the injections. If it is harmful to the body, it is not permissible.

If it is not harmful, then it is permissible but not to use it with excessiveness.   I know of four sisters in a family, where the youngest was the most practicing. The three older sisters had procedures done which made them look younger, so the youngest and her husband were unhappy that she now looked older and less attractive than them! From a shariah point of view, she would not be permitted to have plastic surgery to enhance her looks, but she could have facials or botox, to improve her appearance, as long as this does not become excessive.

Can you have laser hair removal treatment?

It is permissible to have laser hair removal as long as there are no adverse side effects and that you do not expose your private parts.

In cases of financial hardship please get in touch at info@utrujj.org